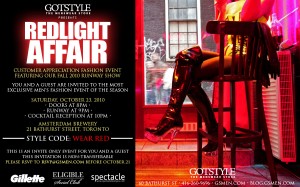 GotStyle, one of Toronto’s best menswear stores, always knows how to throw a fashion event during Fashion Week that is tailored to the actual consumer. This year’s show was no exception. Melissa Austria, owner of GotStyle hosted Red Light Affair down at the Amsterdam Brewery. It was truly a great event to end LG Fashion Week, with Blake McGrath; dancer/coregrapher/musician and now of So You Think You Can Dance Canada fame; opened the runway show with some incredible back flips that truly got the party started. Not to be out down by the opening, Melissa also had Rex Harrington; National Ballet Royalty, and now guest judge of SYTYCDC; dance down the runway, as well as a burlesque show as a short break, and Kurt Browning killing it during the finale by skating down the runway on roller-blades. It was definitely a show to remember and one that I am sure the mainly male guests enjoyed while getting a chance to look at great fall fashions that are carried in GotStyle along with some great fall trend tips.

I want to thank the incredibly talented artist Beckie DiLeo for these great shots of the event: 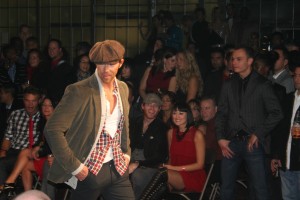 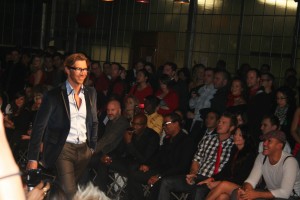 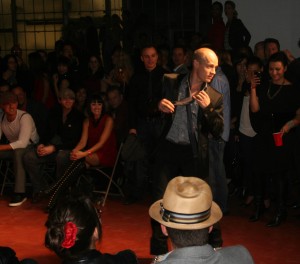 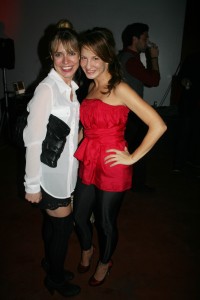 Myself and Beckie DiLeo 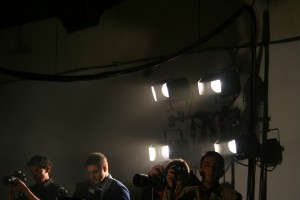 Some of the Photographers Shooting the Show

Thanks again to the wonderful night to the whole crew at GotStyle. It is always nice to go to an event and see non-fashion people enjoying fashion.