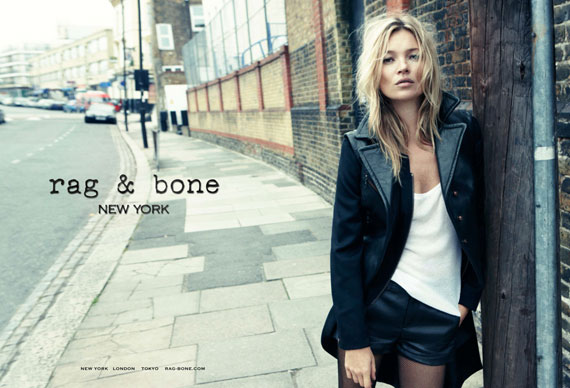 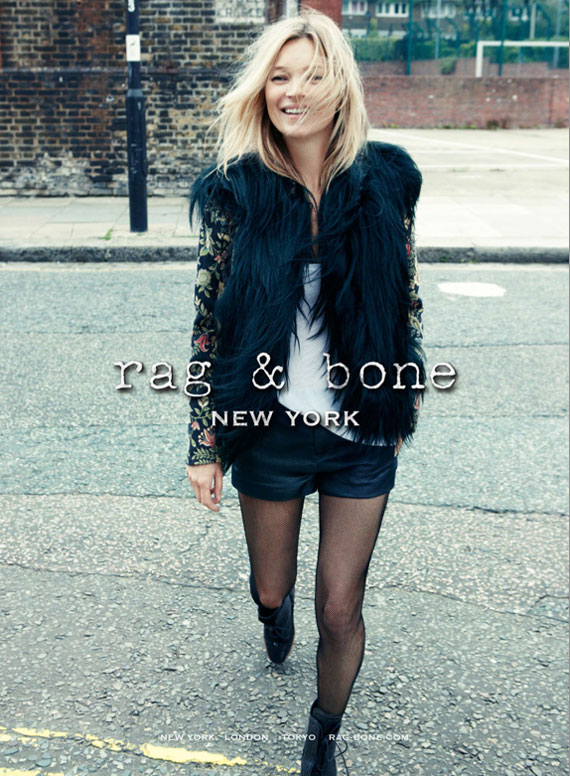 Recently Rag & Bone announced they would be showing at London Fashion Week. Not long after this announcement they released images from their first print campaign for Fall 2012 featuring none other than the fabulous Kate Moss. This campaign shot by Craig McDean has more of a street style feel reminiscent of Kate’s own personal style rather than an editorial feel. I have to say I love it and it seems fitting with the London Fashion Week show coming up, as well there is talks that there will soon be a Rag & Bone flagship opening up in London. One can only hope Canada will eventually get one too.